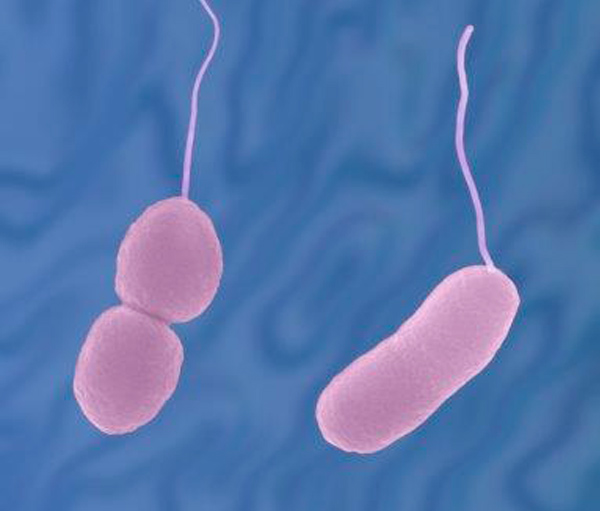 What is Vibrio parahaemolyticus?

Vibrio parahemolyticus is a gram negative enteric bacterium, from the same family that causes cholera found abundantly along the coastal waters all over the world.

What diseases are caused by Vibrio parahaemolyticus?

Vibrio parahaemolyticus is an intestinal infection that is characterized by lower gastrointestinal distress such as diarrhea and cramps. In some cases, nausea, vomiting, fever and headache may also be present.

Occasionally, this disease may manifest itself as a dysentery-like illness with bloody or mucoid stools, high fever and a high white blood cell count, but normally the disease has a duration of only two to three days. Illness with Vibrio parahaemolyticus is most common during the summer months.

What other vibrios can cause disease?

There are several other bacterium from the vibrio family that may cause diarrheal disease including: V. chloerae (of serogroups other than 01), V. fluvialis, V. furnissii and V. hollisae. Sepiticemic disease associated with wound type infections have been associated with V. hollisae. V. alginolyticus and V. damsela.

The incubation period for Vibrio parahaemolyticus is usually between 12 - 24hours, but can range from 4-96 hours with a mean of 15 hours.

This organism is not communicable from person to person. Cases of Vibrio parahaemolyticus usually occur during the summer months, due to the fact that the organism can be found floating free in coastal waters and in fish and shellfish. During cooler months, the organism is commonly found in silt or mud on the bottom of marine environments.

Vibrio parahaemolyticus is diagnosed by isolating the Kanagawa Vibrio, which is halophilic and is one of the characteristics that produce the hemolytic reaction known as the "Kanagawa phenomenon". There are twelve separate "O" antigen groups and approximately sixty different "K" antigen types that have been identified with this organism. Diagnosis can be determined by the presence of the Kanagawa vibrios in the patient's stool culture or in implicated food.

This disease is self limiting and best treated with plenty of water replenishment. Antibiotics are usually not necessary but in very sever cases tetracycline, ampicillin or ciprofloxacin could be used.