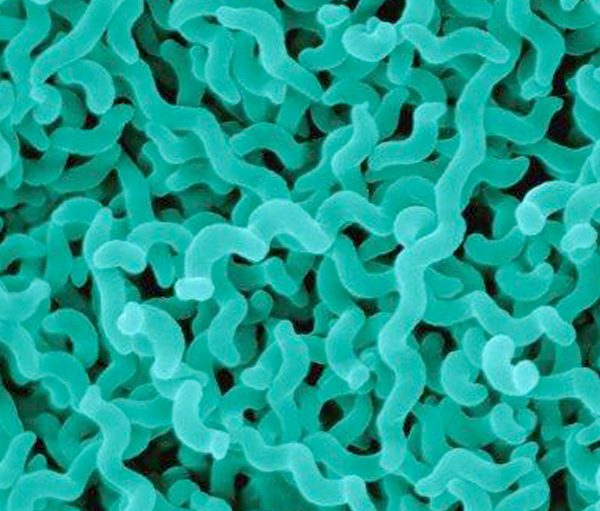 Home Resources Pathogens What is Campylobacter?

Campylobacter jejuni is a gram negative bacterium most commonly associated with the consumption of undercooked poultry meat and is a common bacterium found in the intestinal tracts of dogs, cats, poultry, swine, cattle, monkeys, wild birds and some humans.

What diseases are caused by Campylobacter?

Campylobacter jejuni causes an acute bacterial disease of varying severity that is characterized by diarrhea, abdominal pain, malaise, fever, nausea and vomiting. Studies indicate that consuming as little as 500 Campylobacter cells can cause disease. The disease if often associated with gross or occult blood and mucus in liquid stools.

Some of the complications following an acute campylobacter infection can include a typhoid-like syndrome or reactive arthritis and rarely Guillain-Barre syndrome or meningitis. Some cases of camplylobacteriosis may mimic acute appendicitis.

The period of incubation relates directly to the infective dose ingested, but usually 2-5 days with a range of 1-10 days.

This organism is thought to be one of the most common causes of diarrheal illness worldwide. Campylobacter is often the cause of traveler's diarrhea and there is a high incidence rate among children and young adults in developing countries. This foodborne illness is attributed to the consumption of uncooked chicken or pork, unpasteurized milk and nonchlorinated water and is often seasonal with most cases reported during warmer months.

Diagnosis of this organism is best completed by isolating the organism from a stool sample.

This disease is self limiting and there is no specific recommended treatment other than rehydration and electrolyte replacement. In some cases, physicians prescribe antibiotics such as erythromycin or ciprofloxacin when diarrhea is severe.